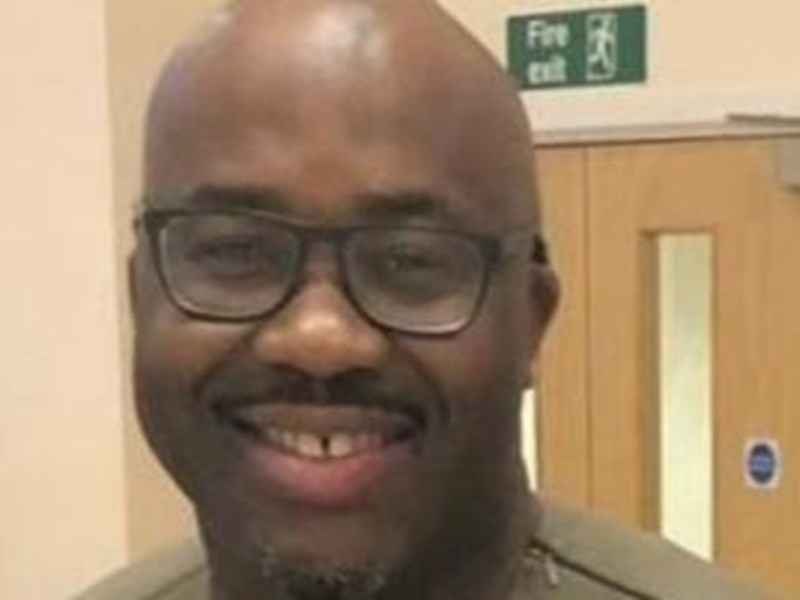 Known as the "big friendly giant" Ekene Nwankwo was a father-of-two young daughters and worked as a locum nurse at Broomfield Hospital in Chelmsford, Essex. He was born in the UK to Nigerian parents and spent his childhood in Nigeria. He returned to the UK as a young adult and worked for the NHS for more than 10 years. He is said to have been 6ft 1in with a bulky build and humble. He was very down to earth and kind-hearted, which is why he chose the career, and he was always willing to help people.

He died from COVID-19 at the age of 46 on Saturday 16 May 2020 in the hospital where we worked after five weeks on a ventilator. During this time, he and his wife had been meant to celebrate their 10 year wedding anniversary. His brother Tochukwu Nwankwo is reported to have said Andrew had no underlying medical conditions.

His brother said Andrew first reported symptoms on Saturday 4 April 2020 and went into self-isolation. Later his condition worsened and he was left gasping for breath. His wife drove him to hospital in the early hours of Saturday 11 April2020 as his condition deteriorated further and he was put on a ventilator later that day. He remained in the intensive care unit after that. It was Andrew's 10 year wedding anniversary on Saturday 18 April while he was in a medically induced coma.

His brother is reported to have said: "It's the circumstances surrounding this whole thing, I get really angry when it comes to that because I know that this could have easily been avoided." He said he had asked Andrew, before he became unwell, if he had enough PPE. He said to me the PPE is not there and he actually tried to procure some himself from eBay. At that early stage when there was no PPE, that's when he caught this because he was being sent out there to treat patients without adequate protection.

The Mid Essex Hospital Trust said it was thinking of Andrew's family but denied there had been a shortage of protective equipment. A Broomfield Hospital spokesman offered condolences to the family but said: "The safety of all of our staff is our absolute priority and we have worked incredibly hard to ensure there have always been sufficient stocks of protective equipment for every member of staff who needs it."

His family has set up a GoFundMe page where you can donate to help support them.

We will remember Andrew Ekene Nwankwo.